12 Homeopathic Remedies For Your Dog

https://thinkhomeopathyfirst.wordpress.com/faqs/
Homeopathic remedies are best taken by mouth They should be taken on a clean mouth. Any food or drink should be avoided for at least fifteen minutes before and after taking the homeopathic remedy. It is alright to drink water before you take the remedy but avoid even water for 15 minutes after the remedy. It is recommended that a gap be increased to half an hour before and after the remedy, if tea, coffee, alcohol, mint, garlic, onion, cigarettes or any other strong substances are consumed. Remedies will not be absorbed if your mouth tastes of toothpaste, tobacco, strongly flavored sweets, or spicy food, rinse out the mouth thoroughly with water before giving a remedy.
What constitutes a "dose"?
Homeopathic remedies are typically dispensed on medicated sugar pellets. These pellets may vary in size and composition depending on the manufacturer. Remedy bottles sold in stores are most often filled with pellets about the size of BBs, and one dose is usually two to five pellets.
For most patients, taking five pellets will not significantly increase their response over taking two or three pellets. The way its usually explained is as follows. Homeopathic remedies appear to act by giving the body a subtle stimulation to which the body responds (if it is a well-indicated remedy).
An analogy can be made with an electrical outlet. If you were to directly touch the electrical outlet with one finger, you would receive a shock of 110 volts. If you touch it with two fingers, you still receive a shock of 110 volts. If you touch it with 10 fingers, you still get 110 volts.In a similar way, the number of pellets taken each dose doesn't seem to make a lot of difference.
How To Stop Dog Diarrhea: 4 Simple Steps
at March 20, 2021 No comments: 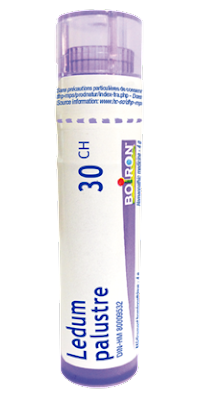 Using Homœopathy to Mitigate the adverse effects of Vaccinations

Maryaspinwall.com/current-situation/
at March 16, 2021 No comments: